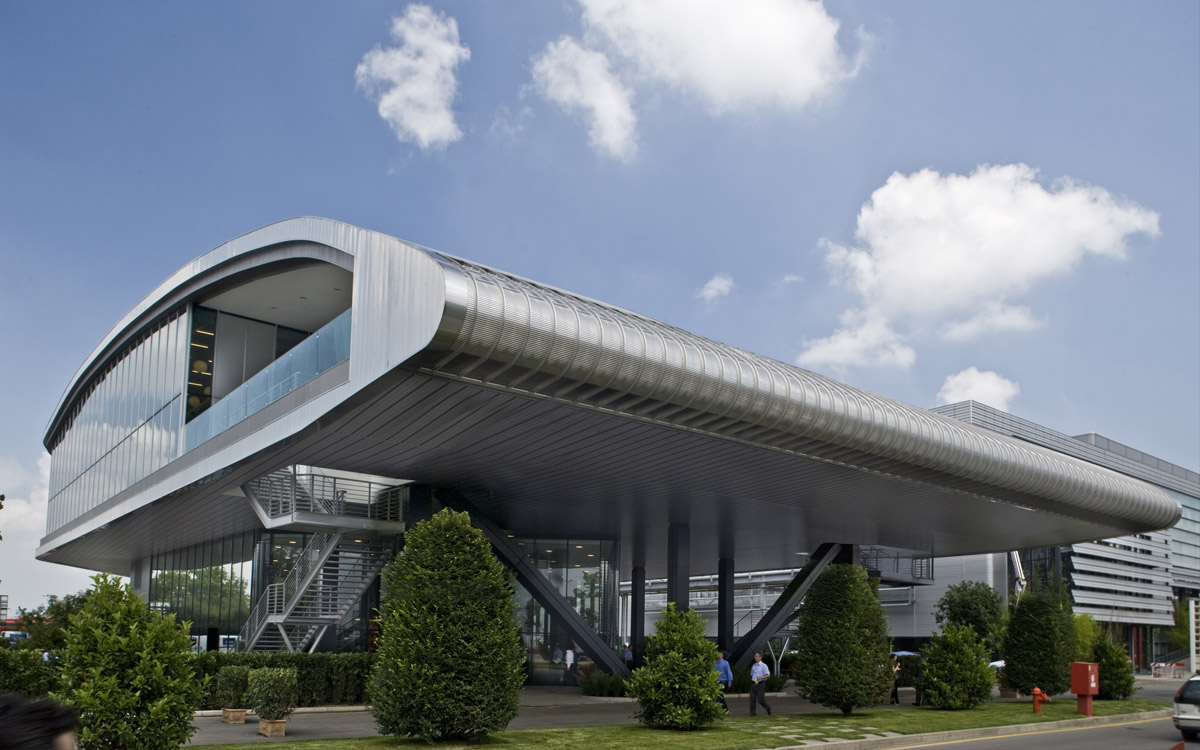 General project and contractor: Maire Tecnimont S.p.A.
The design of New Ferrari restaurant in Maranello is directly influenced by general concepts of passive architecture. The basics of its arrangement consist in the juxtaposing of two volumes linked to concepts of aerodynamics, as represented by the great hanging wing-shaped pavilion, placed in a flight position, supported by another staggered-axis wing positioned vertically on the ground. As regards the use of main sustainability-in-architecture factors, the complex interprets the most recent experiences of passive bio-climatic. The degree of exposure to the sun’s rays of the outer surfaces and façades has been analyzed in relation to the building’s usage times: the wing shape is closed towards the South, and the glazing facing East and West is shaded during the usage period.