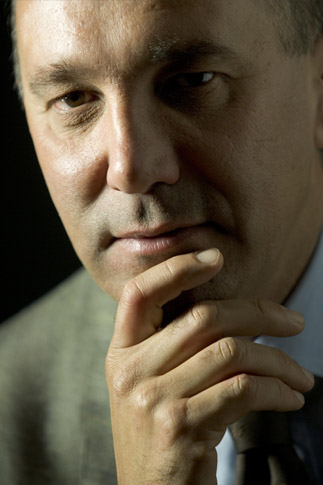 Marco Visconti graduated in architecture at the University of Genoa, followed by a postgraduate master in Architectural Design at the UCLA of Los Angeles and a degree in Engineering at the Polytechnic University of Turin. In Genoa he collaborated with Renzo Piano from 1984 to 1986. From 1987 to 2006 he was the head of the architectural group of Fiatengineering and subsequently of Maire Tecnimont. In January 2007 he founded an architectural firm focused on sustainability. This group is a creative laboratory where architects and engineers, focused on human needs, work together to find the best passive solutions for energy saving. Among the projects in industry, professional training and culture filed, noteworthy are: the engine production hall and the paint pavillon Ferrari, as well as the restaurant Ferrari in Maranello; the Iveco’s training center in Turin; the research center Fiat Sata in Melfi; Hitachi’s training centre in Lecce; Turin’s National Automobile Museum’s conference room, Mugello’s race track’s service building in Florence; Iren cogeneration and hydroelectric plant in Moncalieri; Zucchetti office tower in Lodi. Marco lectures on specific topics at Italian and foreign universities. He is the author of publications and thematic books and his projects are documented by major international journals of architecture. Fundamental characteristic of his work is the search for the best relationship between man, building and nature in a logic of respect, understanding and use of the surrounding environment.