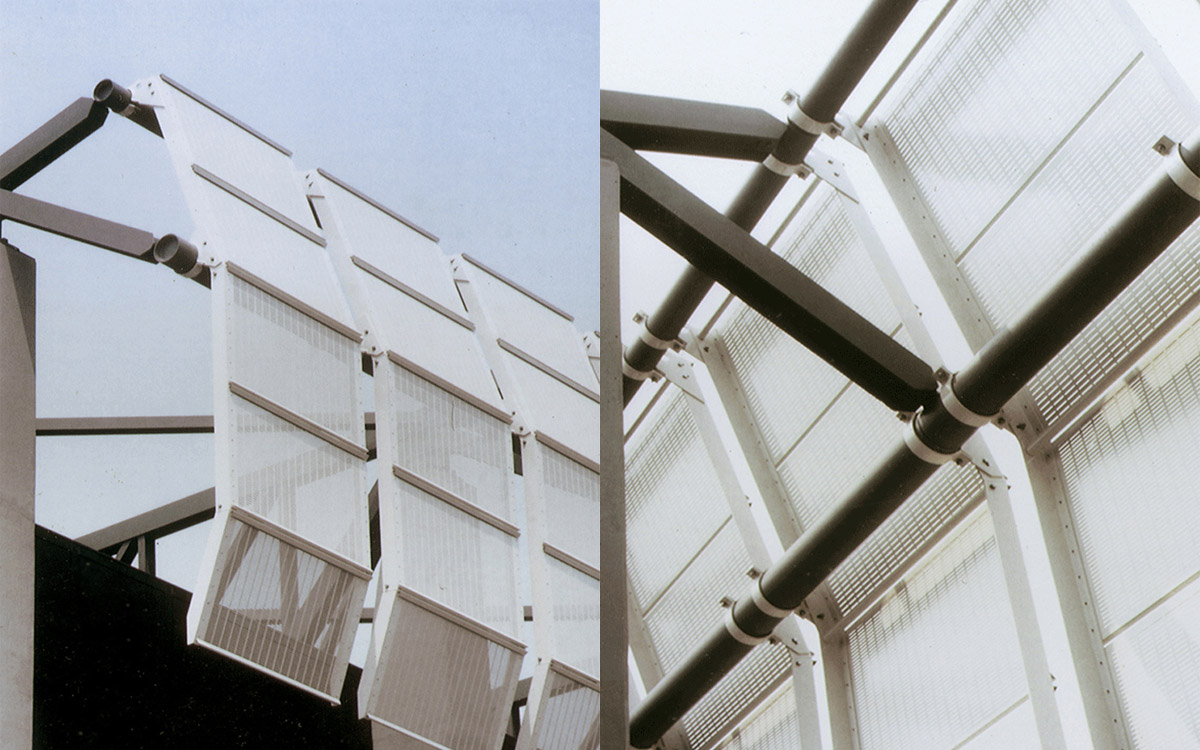 The State Railways’ computer centers at Mestre and Palermo comprise a system growing in a linear fashion capable of producing an arrangement of components linked to the concepts of repetition typically found in the world of railways. From the formal point of view the buildings are defined, through their connection with the ground, by long, heavy, prefabricated shields; toward the top there is a light metal volume, suspended from reticulated overhead beams, and protected by two rows of embossed screens of aluminium designed to feed natural light to the entrance. The internal functions are divided into two principal levels. The computers are located on the ground floor, protected by the shields, while the work spaces for terminals are on the first floor within the suspended volume. Besides the simple functional and construction rationale, it is intended that these designs express a façade concept that varies during the course of the day through the use of shadow. The long prefabricated shields have inclined faces with different reflections and become a projection screen for the shadows cast by the sunshields onto the prefabricated walls underneath. The whole building works, therefore, as a sundial for users and fast observers on trains or in cars.