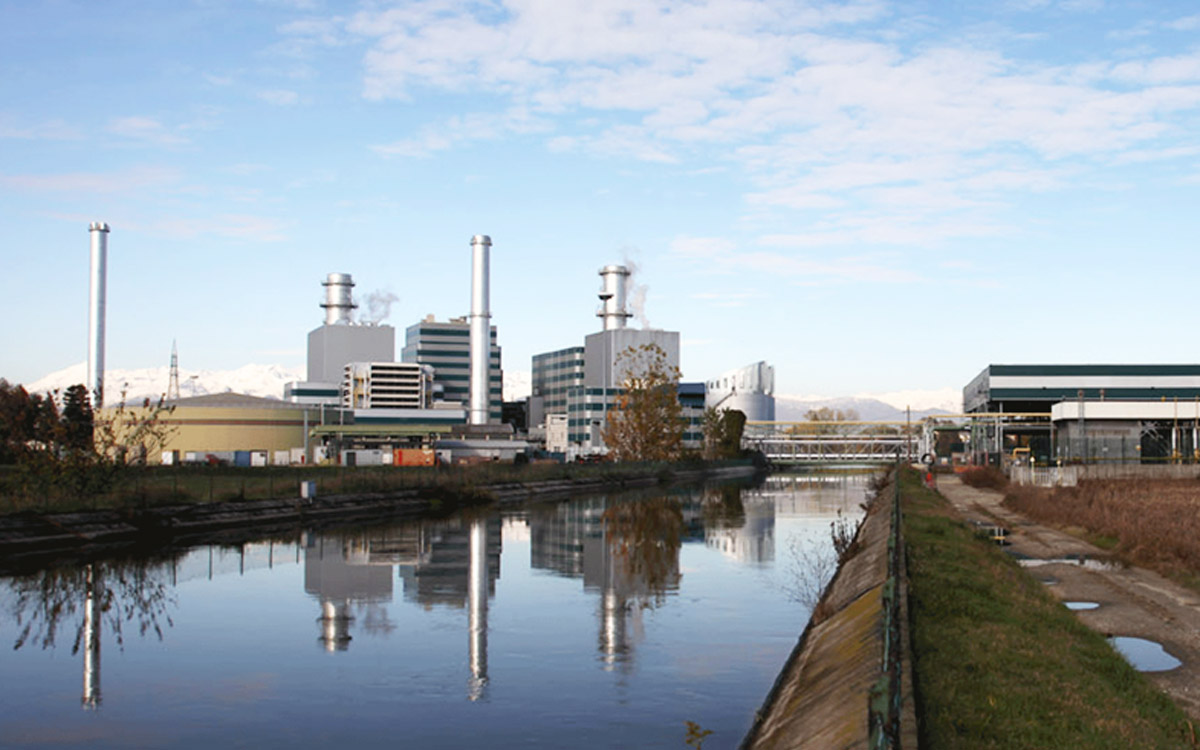 The power station of Moncalieri is a hydroelectric and co-generation power station which provides district-heating energy to about 300,000 people of Turin. From a design point of view, different shapes are aggregated and coated in order to reduce the environmental impact of the power station. The main volumes are marked by green horizontal stripes which evoke the colors of nature while the colors of the minor volumes comply with the law. Furthermore their aggregation is inspired to the medieval unit of Moncalieri castle and historical center. The lot is defined by three waterways: the hydroelectric power station intake canal, the Po and the Sangone. The water which is a fundamental element for the power station plays an important formal and compositional role.