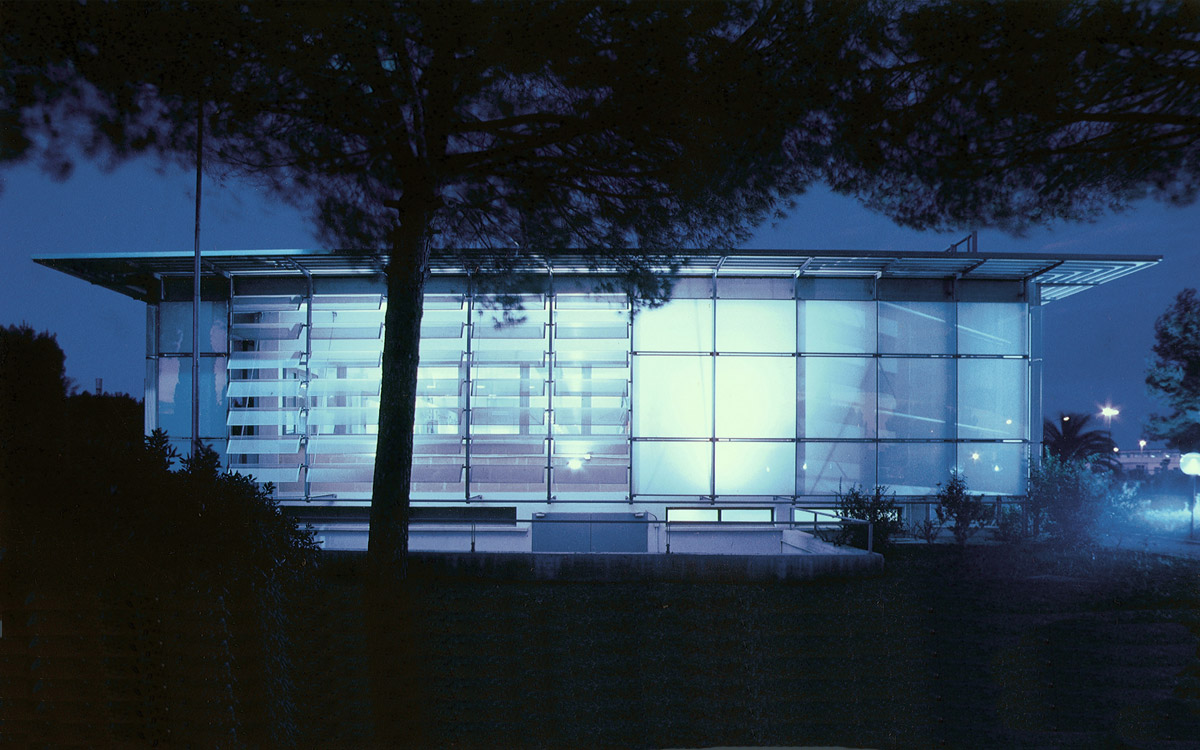 The Hitachi training centre is housed in a two-storey building part of which is laid underground. On the ground floor there are the hall reception, classrooms, offices while in the basement there are the laboratories. This building, situated in a spacious park, is featured by facades which function according to a bio-climatic system. According to the interpretation of the different expositions, in fact, the south side of the prospect has light blade elements in perforated aluminium whereas the north side has stratified opal glass panels. Such elements are connected to a vertical metal structure that holds a laminated shelf with the double function of a further solar protection and the crowning of the roof. The inside is crossed by a great central corridor of variable width capable of containing the connecting staircase to the laboratories and the main entrance facing the park.