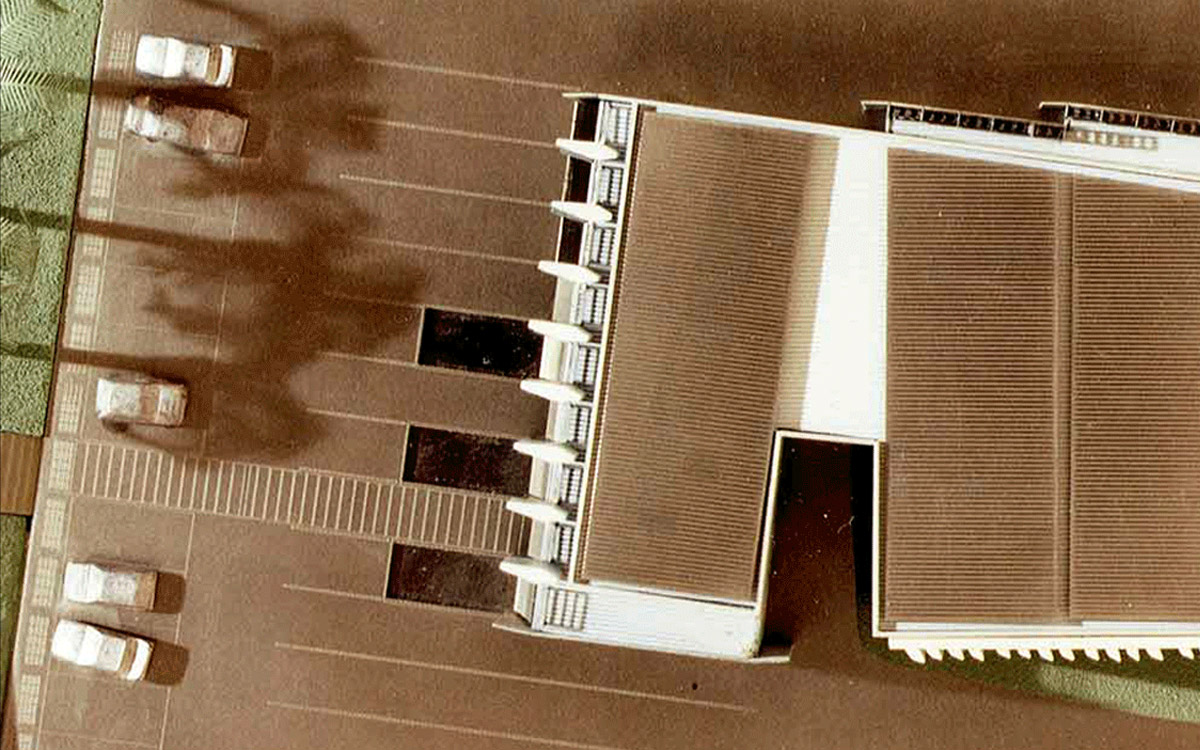 The planned building is to be constructed on the ridge of a hill not far from the estuary of the river Tago towards the ocean. The building is rectangular and has three levels which follows the site lengthways, and on the southern side has a sloping element corresponding with the façade. This space contains the entrance lobby, the showroom and the executive offices. Its façade is characterized by the use of tall stone walls surmounted by large sunshield blades and by a horizontal grille that reduces the verticality produced by the walls. The western wall of the whole block, close to a steep escarpment, is also made of inclined walls while to the eastern wall, in a regular geometric form, has new sunshields obtained from the geometric reduction of those present on the top of the southern façade. The building is divided into three levels above an underground car park. The top floor is set back so as to allow for a terrace connected to the conference room. The perforated aluminium sunshields recall the blades of the windmill located next to the building.