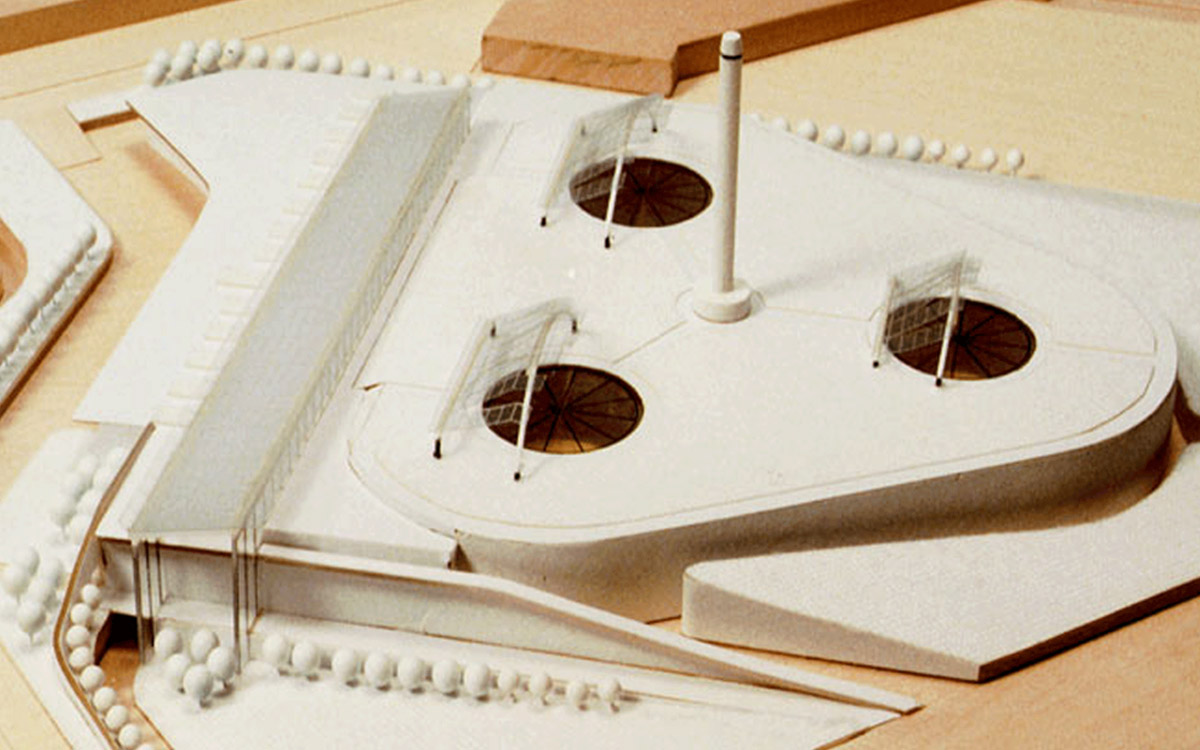 One characteristic of this project is that a big scale building had to be erected in an existing park. For this reason, artificial hills were located next to main elevation in order to hide them partially. General composition is completed by light sun protective elements alighted on the building. From a functional point of view the construction is based on three cores called “control rooms”. They consist of underground circular spaces covered with a glass roof and completed by the above mentioned eyelid shaped sun protections, in formal contraposition with the heavy building below them.